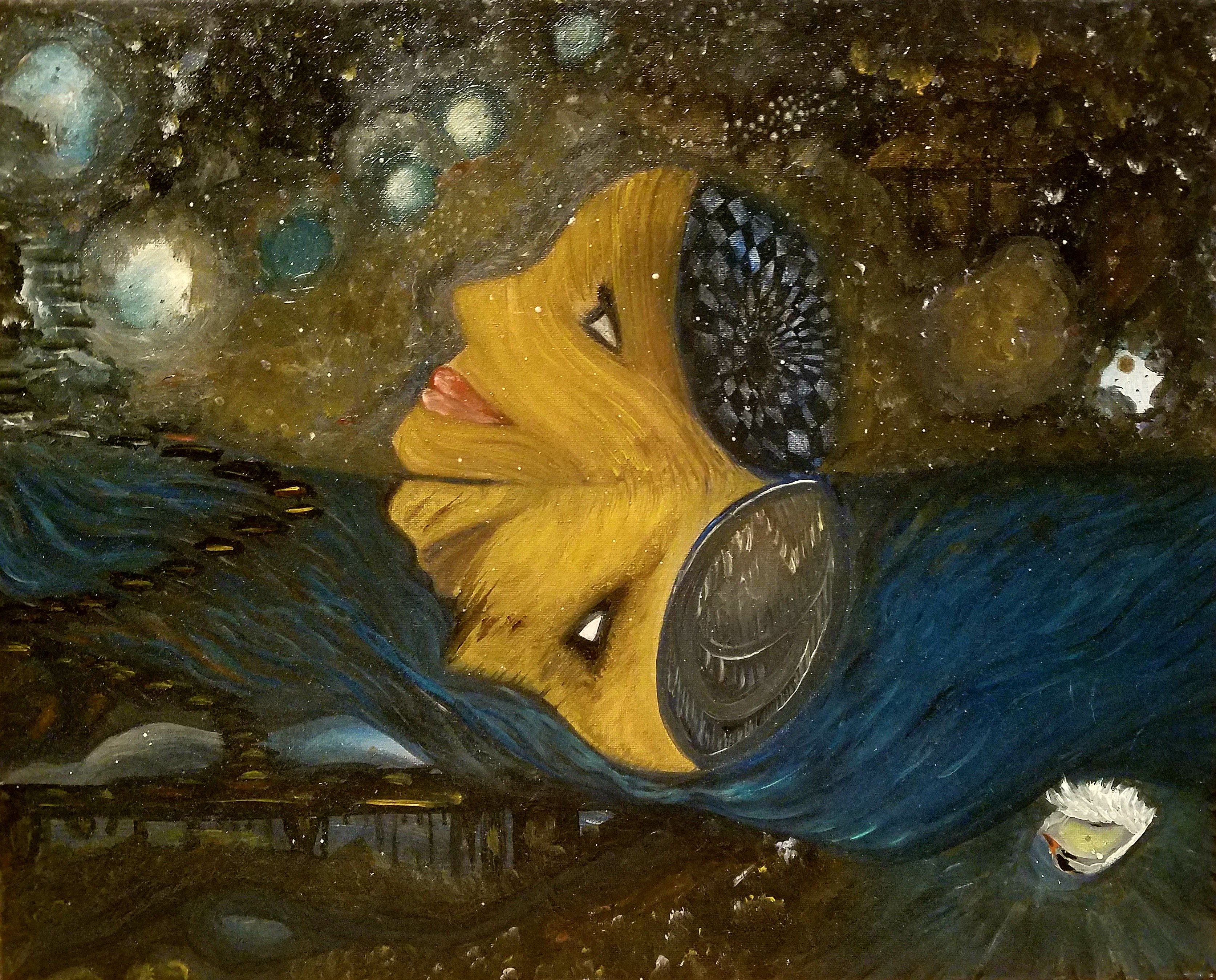 The Dioscuri is an oil painting inspired by the Greek and Roman tales of twin brothers Castor (Alpha Geminorum) and Pollux (Beta Geminorum)– the brightest stars in the constellation Gemini.

This painting features Zeus as Swan, overlooking Pollux in Hades, and Castor in Mount Olympus.

As the tale goes– after a fatal ambush by Idas and Lynceus, Zeus gave his son, Pollux two choices– return to Mount Olympus, or give up half his immortality to his dying half-brother, Castor.

Pollux, in the ultimate act of love, decided to share his immortality, enabling the twins to experience immortality and death, as they alternated between worlds.

… It is necessary to understand certain aspects of Death, before we can comprehend the nature of Life and its changes.

Loren Eiseley, The Firmament of Time